Designer aiming to get a head start with blessing of

BESPOKE hat designer Jenny Roberts’ creations have been worn by the likes of Sky’s At the Races broadcaster Zoey Bird, and her next design could decorate the head of the Duchess of Cambridge.

But mother-of-one Mrs Roberts, whose business Adorn Hats is based at her home in Harrogate, is not resting on her laurels. Now that her four-year-old daughter is off to school, Mrs Roberts will have more time to focus on her plans to grow the business.

Adorn Hats offers bespoke hats and head pieces, which are created and hand blocked using traditional techniques by Mrs Roberts. The firm also provides a hat hire service, and sells an array of chunky crocheted hats and accessories, with a children’s range.

Now, Mrs Roberts is working on creating a wholesale or ‘ready-to-wear’ selection of hats for the occasional wear and bridal market to sell to independent retailers for spring/summer 2012. Mrs Roberts told the Yorkshire Post that by 2013, she wants to triple the turnover of her business, which is forecast to reach £18,000 by the end of 2011, with pre-tax profits at £10,000.

She said: “My business fits in with my family. I do it by appointment basis so I’m not doing it full-time. But now my little girl is going to be at school I can start to really grow the business.”

But she stressed: “It’s not all about money. I do it mainly for the enjoyment of creating and the thrill I get from my clients feeling special in their head pieces.”

Mrs Roberts, who sources her materials locally, explained she has started selling the crocheted range wholesale to Milk & Honey in Harrogate, but hopes to secure more deals with shops.

Mrs Roberts is also collaborating with Harrogate-based weaver Malcolm Campbell, who has developed The Cloth of Kings, inspired by the clothes worn by King Edward VIII and Queen Victoria. She has created a collection of six head pieces using the cloth.

She said: “The Queen has received some of the cloth and she sent Malcolm a lovely letter back saying how excited she was. A lot of the inspiration for the cloth comes from Kensington Palace’s archives.”

Mrs Roberts added: “What we are planning on doing is sending one of the head pieces, using that open door, to the Duchess of Cambridge. It’s going to be the Callandish tartan and it will have Scottish thistles adorning it with pheasant feathers.”

Currently, Mrs Roberts has no employees, but she said she may consider taking people on in the future. However, she added: “I would not want to let go of the bespoke side myself as that’s my speciality.”

She said: “Ladies come in with special outfits whether it be for the races or a wedding and I make them a hat to complement their outfit. I also give them style advice as well. It’s not just about the hat. It’s about making them look the complete package.”

Most of her clients come to her thanks to word of mouth, said Mrs Roberts.

She added: “I’m seen as a bit of a hidden gem. I understand my customers and I understand the market. I’ve got a solid grounding on which to build.”

MILLINER Jenny Roberts did a fashion degree at Nottingham Trent University, before joining a graduate training scheme at Debenhams.

She worked on the design team and then the buying team for the firm’s designer accessories. She ended up project managing, and then left Debenhams to set up her own consultancy. She moved to Harrogate from London to be with her husband about eight years ago. After studying for a millinery qualification at Leeds Art College, Mrs Roberts decided to set up her own business. Adorn Hats was founded six years ago. 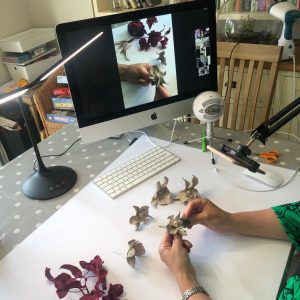 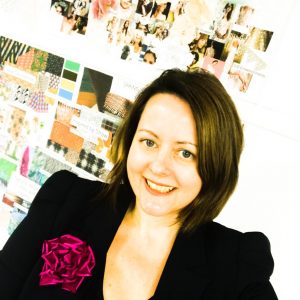 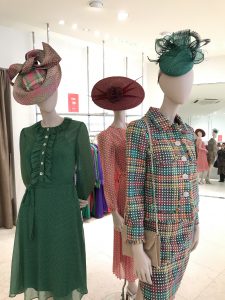